The Team Taylor Foundation was established in July 2018 in loving memory of Taylor Francis Henry. Taylor lost her life due to a virus called Myocarditis. She left behind parents Paula and Mark, sisters Montana and Charlie, and brothers Riley and Lachlan.

On the 22nd of January 2018, Taylor was taken to the Geelong Hospital with what was thought to be an irregular heartbeat. A few short hours later she was transferred to the Royal Children’s Hospital (RCH) ICU, where we were told that she had a virus in her heart called Myocarditis. 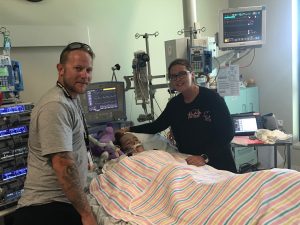 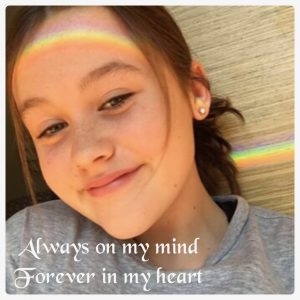 Within hours of Taylor being at the RCH, she was placed into a coma and put on life support. Over the course of the next 24 days Taylor would undergo several invasive procedures, 5 operations and 3 major open heart surgeries.

Despite the best efforts of the Doctors and Nurses, Taylor sadly lost her battle with Myocarditis on the 15 February 2018

Since the passing of Taylor, parents Paula and Mark started the Team Taylor Foundation, with the hope of raising awareness of Myocarditis and to carry on the legacy of their daughter Taylor by: